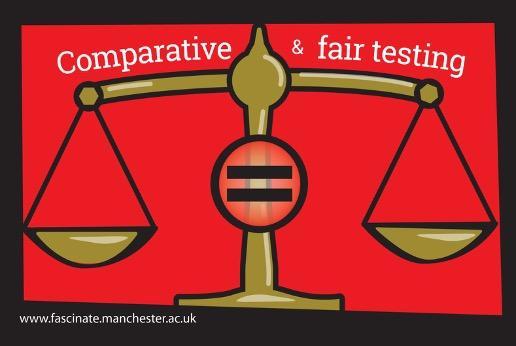 Fair test investigations require children to observe and measure the effect that changing one variable has on another whilst keeping all other variables the same. In a comparative test children will have less control over the variables. Crucially, both forms of testing enable children to explore the relationship between different variables.

Fair testing requires all variables to remain constant and the same, aside from the independent variable which is changed by the scientist. This type of testing can sometimes be difficult to achieve in a school setting and is more often reserved for the older year groups. A good example would be investigating whether a plant requires light to grow.